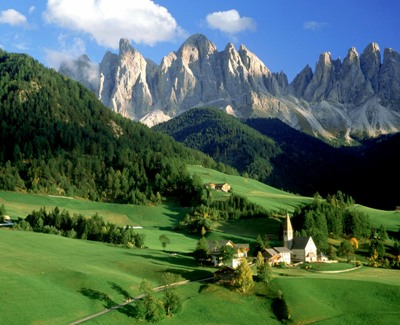 There are some widely agreed upon Tent Characteristics that can be used to classify tents. Knowing these characteristics will help you in finding what you are looking for.

In general, Tents consist of poles which form a skeleton and over this skeleton, the Tent Fabrics or skin is laid out to create an inner pocket. These are the basic Tent Structures:

Avian Tents
One or two straight poles with the Tent cover spread out create a covered ground area. They are mostly used for quick shelter and generally light weather conditions.

Traditional A-Frame Tents
Two-legged frames at the outer ends of the Tent with the Tent cover form a triangular pocket. Old backpacking tents were often A-frame Tents. The increased roominess of hoop tents and domes has replaced most A-frame tents.

Hoop Tents
Use one to three hoops with the Tent cover to form a tubular pocket. The curved walls give a bigger volume with the same ground surface. Hoop Tents are surprisingly strong as they divide pressure over the full length of the hoops.

Wedge Tents
Two intersecting hoops with the Tent cover form a square to round pocket. These tents are very popular in Hiking as they combine great strength in combination with the least use of material and weight.

Dome Tents
Three or more intersecting hoops with the Tent cover form a multi-faceted ground floor with a dome. The added hoops give this tent increased strength in comparison to Wedge Tents. However, they are mostly pretty difficult to erect. Most 4-Season tents are domes with four intersecting hoops.

Besides these Basic Tent Structures, there are a lot of Hybrid Tents which combine any of the above structural features to come up with other tent structures. The combinations often try to mix the strengths of each of the structures used and thus come up with a stronger construction.

There are a couple of ways of categorizing tents by their functions. One of the most defining ones is the number of seasons that the tent supports:

Nowadays, many Tent manufacturers give an estimated or exact number of people that the tent can accommodate (for instance: 1-person, 2-person, 4-person, etc.). Other often used expressions are solo, duo, trio, etc. Make sure not to just take the manufacturer’s word for it. Often their definition of capacity means x smaller persons packed close together. In reality, you will often find a 2-person tent having room for just one person. In bad weather, you may want to take your backpack inside your tent or do your cooking inside. Some manufacturers have taken this into account and call their tents 2-person plus or 3-person plus, signifying that there is some extra space. In general, when finding a tent, simply go for a tent meant for more people than the group size you are actually going to accommodate.